Read more about the life story of Curtis P. and share your memory.

Curtis, known as Curt, was born on February 1, 1940, to Alfred and Lettie Compton in Greenville, SC. He was the older brother to siblings Jerry and Shelia.

At 7 years old, Curt and his family moved to Kentucky, where he lived until he was 17 years old. One week after Curt’s 17th birthday, he enlisted in the United States Marine Corps in Louisville, KY. During his military service, Curt served two tours in Vietnam and several other tours overseas.

In 1965, Curt married the love of his life, Eva Stringer. Curt and Eva, along with their children, Elizabeth and Curtis Jr., made many memories during their change of duty stations.

Curt proudly served as a United States Marine for 27 years, from February 1957 to August 1984, retiring as Sergeant Major. After retirement, Curt continued to serve the military community in Civil Service for 10 years. During this time, Curt attended College of the Desert where he studied HVAC systems.

Upon retiring from Civil Service, Curt and his wife volunteered at Christian camps in New Mexico and Kentucky.

Curt was saved at the age of 15. He was baptized and rededicated his life to Christ on August 28, 1983. Curt spent many years as a Sunday school teacher, choir member and youth leader at Palms Baptist Church where he was a longtime member. On May 15, 1988 he was ordained as a deacon and faithfully served the church family from that day on until he went home to be with his Lord.

Curt is preceded in death by parents Alfred and Lettie, and sister Shelia.

A memorial service will be held at Palms Baptist Church, 29 Palms (in California) on Saturday, December 3, 2022, at 11am, immediately followed by a reception.

A private graveside memorial service with full military honors and burial, at Buffalo Springs Cemetery in Stanford, Kentucky, will be held at a later date.

To send flowers to the family or plant a tree in memory of Curtis P. Compton, Sr., please visit our floral store. 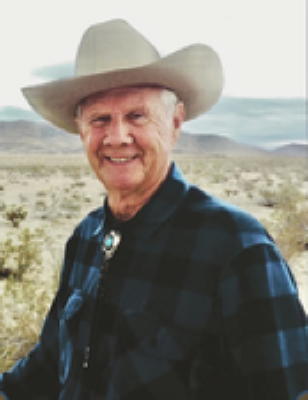 You can still show your support by sending flowers directly to the family, or by planting a memorial tree in the memory of Curtis P. Compton, Sr.
SHARE OBITUARY
© 2022 Friend Funeral Homes. All Rights Reserved. | Terms of Use | Privacy Policy | Accessibility